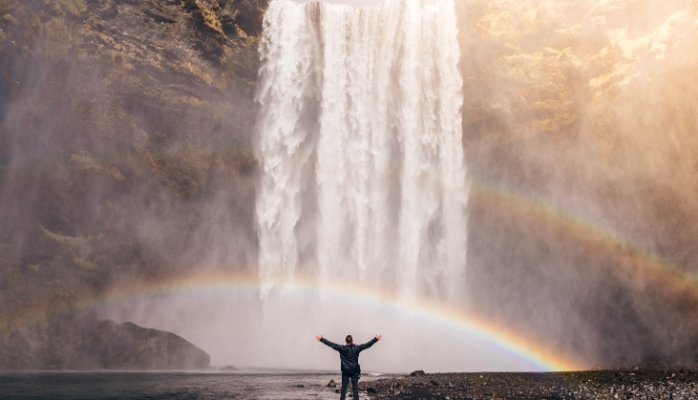 A Retrospective on the
History of Project Management

Changing my Brain from Agile to Waterfall

Several months ago I enrolled myself in a project management class. I wanted to learn about the “old way” of doing things–that is, more simply what we would refer to as the “Waterfall” methodology.

However after taking this course, i’m now apprehensive to call it “Waterfall” as there are so many other outlying elements apart from what defines it as “Waterfall” (Gantt Charts). Instead i’d refer to this practice of project management as being “traditional” and respectful towards a more old-style way of conducting business; or, operating business within a reactive environment.

Reactivity – a measure of the deviation from the condition at which a nuclear reactor is critical.

You see, i’m more of an Agile/Scrum guy (in case you were unaware). I attended this class with an open-mind, glass-empty, eyes-open and ears-listening perspective. However, every class I attended, I compared the methods to Agile/Scrum and thus i’d like to share my learnings from the class.

Before I continue, I would just like to mention that I loved taking this class, I learned new skills, I met talented people, and I would happily take this class under any other conditions.

I learned, there’s no reports in Agile. You reading this would disagree, but compare this to Waterfall–nope. The traditional project management system is designed with reporting in mind; in fact I would say that reporting is the first item on the “to do” list.

Before building anything! We need to make a report for it. (Let’s call it RDD – Report Driven Development)

One could argue that this is incredibly important when there are millions of dollars at stake, shareholders that need to know where their money is going, and of course good record keeping in the unlikely event of lawsuits. However, in all this documentation, when does the project actually yield some development? This is why I call it reactive–because to use this methodology is to focus on avoiding pitfalls, and attempt to foresee explosions.

Personally, I think reports are silly. I once saw a young mother have to stay two hours late for work on a beautiful spring Friday because she had to finish a report. She was the only one left in the office, and I asked her “Why do you have to send the client the report? Why not just schedule a meeting during office hours, and give them a presentation or conduct discussions containing the data within the report?”

“That’s a good idea, I never thought of that” she replied.

Possibly another case where a “nice to have” feature is causing stress to a worker just because a project manager is following an outdated methodology.

One thing I love about the traditional project management suite, is its dictionary of terms and definitions. A lot of really smart people developed and documented the standards that are used within PMP/PMI, such as academics, engineers and scientists. There’s now mountains of documentation supporting all of the concepts within the waterfall world, and rigorous thought-out processes for (almost) every instance that may occur in a project. Also, sidenote: I’m not saying that all of these career paths tend to rely exclusively on documentation, but there’s certainly a lot of documentation involved.

When I was a chef, if you were to cook on the east coast, you’d refer to the small crustacean “shrimp” as “shrimp”, if you were to travel to the west coast, all of a sudden the same crustacean would be referred to as a “prawn”. I’m sure you’ve been in a project where the east coast team used a term that was different from the west coast team, and if you consider communication to be the backbone of Scrum–this could lead to a failure.

Because of that, there’s not a word i’ve encountered within Waterfall that doesn’t have a standard definition. The word “baseline” is used to define the starting position, and that’s why I refer to this education as a “history” class. It’s the sort of stuff you learn before you get into large projects.

There’s a proper place and time for documentation, and in Agile it’s a discouraged practice. Because why have documentation when you should be acquiring the information from talking to human beings. Verbal conversation and timed-planned meetings can introduce subjects with greater accuracy and less time than a well-documented word file.

In dealing with million-dollar projects, and teams of hundreds of people there’s no room for ambiguity within language. And please keep in mind, documentation creates standardization, and it’s the processes required to generate the ubiquitous language that i’ve noticed is a shortcoming within Agile in comparison to Waterfall.

I’d say that the majority of the process we use in Agile project management exist foundationally within Waterfall–but we don’t even realize we use them. A tad bit of studying, and learning the baselines will enable individuals to fortify the foundation in their next project.

Yes, I learned about historical concepts within the project management world. Such as process theories and their corresponding theorists. It’s truly fascinating to learn about how we got to where we are today in terms of project management.

In 1962 Everett Rogers was considered an early adopter and supporter of modern change controls and change requests.

Ultimately, the sad truth is that the majority of processes we follow today in project management are just to cover ones ass. As, historically, the project manager tended to be the focus of “blame” when failures occur within a project.. and the first person to be fired.

Keep in mind that this project management approach is over a century old, and the Agile manifesto was formulated in 2001. So I like to believe Agility is devised for a new world of empowering teams and building stuff, however it’s very important to know where you came from.

The biggest takeaway from my history class, was learning about all the tools that currently exist within the antiquated project management methodology and their gorgeous tools for creating estimates.

Creating estimates is tricky in Agile; mostly because to adhere to the iterative development that the Agile framework represents, you don’t ever look too far into the future. The reality is though is that most businesses need a longterm plan and a lot of us in the Agile world use duct tape and a series of levers and pulleys to make Agile work with estimates. If you’re struggling with estimates, I recommend reading the Project Management Body of Knowledge Version 5 (PMBOK).

These guys have literally been doing estimates for an obscene length of time. I believe if we can hybridize their approach while adhering to the Agile workflow, we’ll have something that can truly change the world.

Having said that, as an entrepreneur I create a budget for all my projects. I accomplish all the business goals early-on in a project so that I can work to pivot them later. Pivoting is what it is to be an entrepreneur, and something that doesn’t work well with Waterfall–which is very un-business-like.

This is the most ridiculous thing i’ve ever seen. I’m familiar with the RFP process as i’ve worked for corporations that thrived from the activity, and during my history class we studied more about what makes the RFP “tick”. Every time I think of RFP’s, I think of how Walmart operates, have you heard this story before?

Walmart tells it’s toothbrush suppliers how much it’s willing to buy the product for, and if the toothbrush manufacturer is unable to accommodate that price, Walmart will choose to get toothbrushes elsewhere. Problem is, there’s always that factory in China who will do it for a third of the price of North America, and create miserable working conditions for the workers. Yes, that’s the world that the RFP creates.

I love the aerospace industry. And what’s the difference between NASA and SpaceX? Well that’s easily the argument of Waterfall vs Agile–as NASA is still using the RFP when they should be considering iterative in-house development. The James Webb Telescope announced in 2002, to cost $842 million and to launch in 2010 was awarded to (what is now) Northrop Grumman Space Technologies. Northrop Grumman then released separate RFP’s to build components of the spacecraft. It then became a global initiative as subcontractors from all over the world were bidding on the components. You can probably bet that those subcontractors put-out RFPs as well.. But that’s my assumption.

Every time I hear about a project going over budget, extending deadlines, and ultimately creating failures within business–really breaks my heart. You know that all the troubles from such a project creates unnecessary headaches, and potentially unemployment. Be a responsible project manager and don’t focus on the happiness of stakeholders.

Learning more about Waterfall was great, and I learned a lot more about Kaizen (iterative development, or, Agile within the Waterfall world). It has also taught me more about what truly makes Agile unique, and not just a buzzword used within industry.

**subtext: if anybody wants to challenge me to building a spacecraft using Agile/Scrum — bring it on.

2 thoughts on “Waterfall vs Agile”